👋 | It looks like you're new here! How about 20% off your first Monthly Subs Box!?
Just use code WELCOME to redeem! 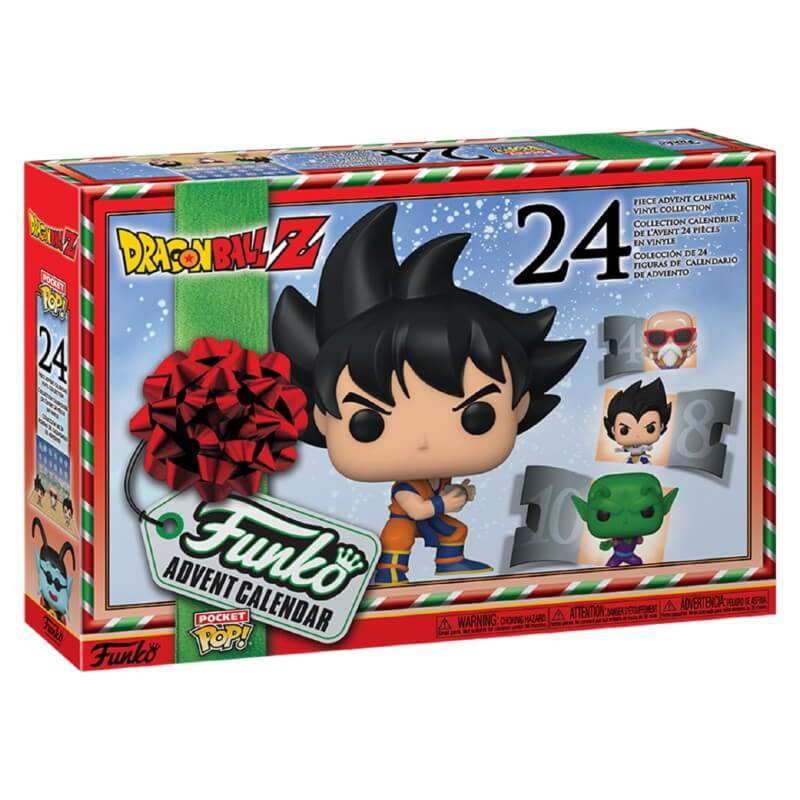 Power-up Advent with this awesome Dragon Ball Z Funko Pocket Pop! 24-piece advent calendar. These Advent Calendars were one of the hottest selling items of the year!

Power-up Advent with this awesome Dragon Ball Z Funko Pocket Pop! 24-piece advent calendar. These Advent Calendars were one of the hottest selling items of the year!

ordered this for my boyfriend for xmas as i was gifted the nmbc by pop in a box! we loved we. we were so so. excited everyday to open them and now have them all on display!

Genuinely excited after buying this for my Mrs. So many duplicates. Considering the wealth of characters they have to choose from, 3 gokus, 3 vegetas and 3 gohans is just lazy. No androids, Frieza, Cell or Majin Buu. No Super Sayains, No Trunks. All in all it sucked. Massive waste of money.

After purchasing the marvel calendar last year and being very pleased with the quality of the Pops and the variety of the characters my partner ordered me one of these for this year. Opened the majority of the doors now as we are approaching Christmas and we have discovered that in this calendar there isn't much variety and we have received tons of duplicates including 3 gokus 3 vegetas and 3 gohans. Disappointed in this as all dragon ball fans know of how many characters there are within the story and so many opportunities missed due to being tight with budget or negligent.

Very disappointed with how lazy funko have been with the character selection. Too many doubles just with a bit of a shine. They could have easily filled every box with a different character.

I was so exited for this I love DBZ and although I wouldn’t normally spend this much on a advent calendar it’s Dragonball. I’m currently on December 19th and I can say is what a disappointment. Despite the 100’s of characters to choose from they’ve limited it to the Sayian Saga. So they’re are lots of doubles I’m sorry being shiny, flocked or a slightly different pose doesn’t make them different.Plus they don’t really properly. I’m guessing they’ll release a new one of each saga every but honestly after this one I won’t be bothering.

This would of been 3 stars but thought I'll make it 2 as people have reviewed before even opening it. Yes the figures look awesome especially when you stand them next to their big versions. But! You get so many duplicates, it's such a cop out and makes it not worth the money. I got the Marvel one last year, way better value.

For the price, you would think each individual day would be a totally new figure. Well you're are wrong, their are numerous duplicates. Apparently one being shiny warrants a whole new figure. I feel cheated and totally disappointed with this order.

It looks great, I purchased for my son. He’s 16 and a long time fan & collector. He was thrilled with it and recognised immediately that it ‘wasn’t cheap’. It offers a great selection of mini figures to open each day over the run up to to Christmas. My only niggle, they are so top heavy they won’t stand up and will soon become clutter rather than display figures which was the intention.

Had it since release, the temptation to open is getting to much, a must have for any DBZ funko fan

I was sent the money for a early birthday gift to get this for Christmas as I was super excited to get this. I don't cheat Christmas so I haven't opened this yet but I am very excited to get into each Pop and have plans on how to display these! I love the mini Pop's and can't wait to see them! I would much rather this calendar than cheap sweets that I don't care enough to open every day, now I am super excited to see what we get as I love Dragonball Z!